The Fencing Academy of Philadelphia was founded in 1989 by Mark and Lara Masters . As accomplished practitioners of this unique and classic combat art,  Mark and Lara realized that in fencing and fencers are much more  than the physical attributes of speed, power, strength, balance, agility and endurance.  Mark and Lara’s approach to fencing and training emphasizes the enhancement of  mental skill–

Under their guidance, many  successful fencers develop  these skills during  realistic training  which prepares them for the pressures of competition. 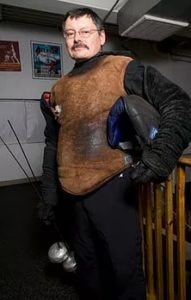 Head Fencing Master and owner of Fencing Academy of Philadelphia., Mark is a certified fitness instructor from the American College of Sports Medicine. In addition to his certifications from the US Fencing Coaches Association and the International Academy of Arms as a fencing master he holds a Master of Arts & Education degree in Recreation Programming and Management.

As a competitor Mark lived abroad and trained with some of the best European fencing masters. Although he has too many personal and coaching results to list, some of his significant results include training world champions Graham Wicas in Epee, Delia Turner in Saber and Jr. World team fencers in both genders and all weapons.

​Maestro Masters has inspired many other clubs and coaches. FAP, Inc. is the first full time professional fencing business in the US. In the Philadelphia area alone, Mark is responsible for the inspiration of Fencing Academy Main Line, Liberty Fencing Alliance, Circle dEscrime, FASJ and Delaware Valley Fencers Club. FAP is also the model for Renaissance Fencing Club in Michigan and New Amsterdam Fencing Club in New York.

Some of Mark’s accomplishments:

Lara Masters, Head Coach and Director of Program at FAP-North, has  thirty years of teaching experience, complemented by a B.S. in Psychology from Wayne State University.  She is also a Master-Candidate in the US Fencing Coaches Association, having received her first coaching certification in 1988

As an athlete Coach Masters is a former NCAA Women’s Foil Team Champion for Wayne State University in Detroit and has competed as an individual at every level, from local to international level events, making several national finals in foil and epee.   Lara holds national coaching certification in all three weapons, producing national finalists and champions in foil and epee, and hopes to continue the trend in sabre.

She has produced many regional and national finalists, was the first epee coach of the 1996 Olympic Silver Medalist in Women’s Pentathlon Emily deRiel, and is the coach of nationally ranked youth fencer Ryanne Leslie. Coach Masters has been a nationally certified referee in foil and epee.

Retired from 34 years as head fencing coach at the University of Pennsylvania, David led the Quakers to 12 Ivy League titles, and both team and individual NCAA championships. David has coached U.S. teams at Sr and Jr World Championships, World University Games, World Maccabiah Games and Jr Pan-Am Games. David has been an Olympic fencer, national champion nd many times national finalist in epee.

David is an accredited Fencing Master from the U.S. Fencing Coaches Association and the International Academy of Arms. and teaches at FAP-Central. Private lessons by arrangement through FAP 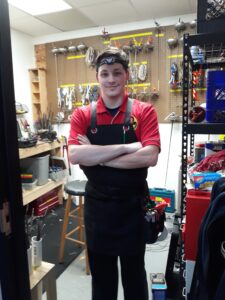 James “Jim” Basler is our newest coach, hailing from “the greatest state in the Union” (Texas). Coach Basler helped start some of Texas’ first competitive high school programs and coached his athletes at Summer Nationals and Junior Olympics every year as the head coach of his home club, “Memorial Early College High School” (MECHS). In college, Coach Basler fenced at Texas State University and competed in both club collegiate tournaments as well as USA Fencing events. His primary competitive weapon of choice is Epee.

In addition to coaching, Jim also serves as our armorer and general handyman. When not coaching, he can often be found hammering away at things in the armory at FAP Central. 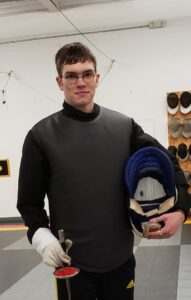 Reilly has been an assistant coach since 2017, and holds a certification by the U.S. Fencing Coaches Association as a foil instructor. He is currently working towards getting his coaching certification in other weapons. A member of the F.A.P program since the age of eight, Reilly is a national level fencer with a decade of fencing experience. 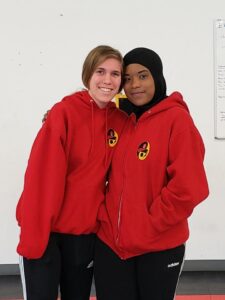 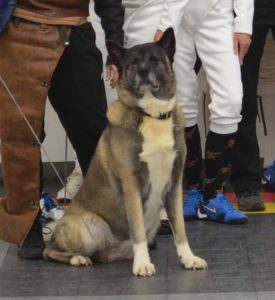 Kaffe, is the unofficial official mascot of FAP.  When she is not napping, her main duties at FAP  are  looking adorable, asking for tummy rubs, occasionally eating things off of the floor, and giving  sloppy doggie kisses. We all love her.

So now that you know a bit about us,  let us get to know you–to tell us about your interests, ,click here.